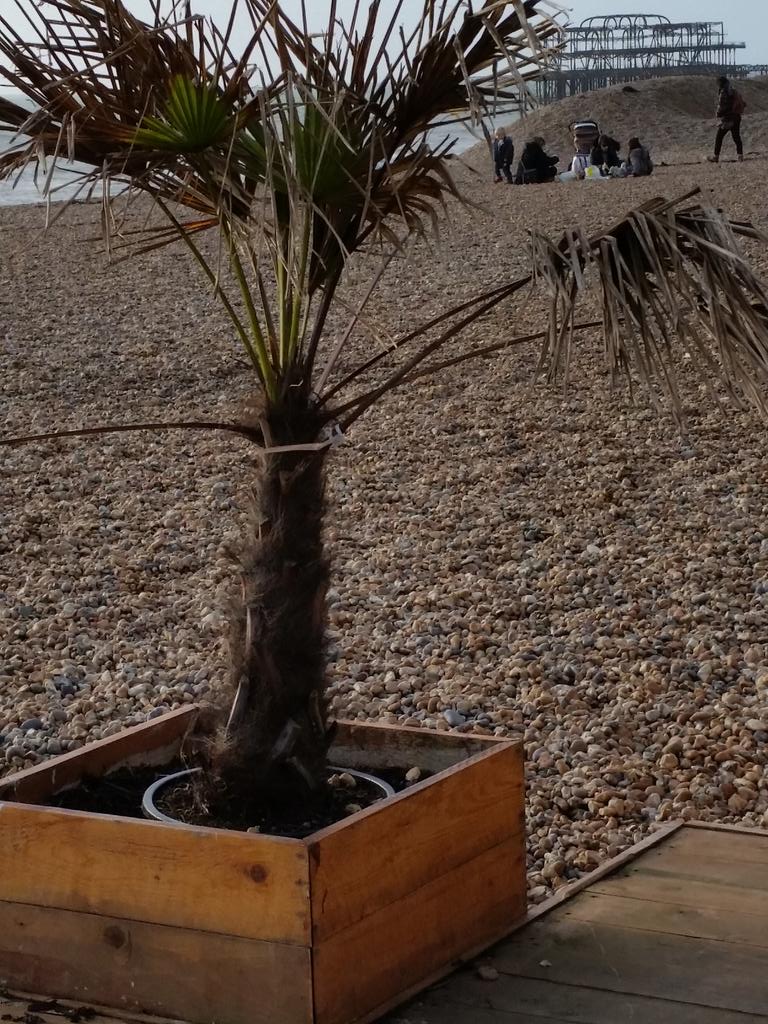 If you've followed my twitter feed, you probably already know that I spent Christmas in Brighton, UK. It was my first Christmas abroad.

Brighton is a seaside town of tourism and artists, home to my wife's sister, her spouse, their children, and many friendly members of the husband's extended family.

On virtually every trip to the UK, I take in a few local sights, try to absorb some history and culture, and drink a daily pint or two of local beer -- often unavailable in the US.  This visit was no different.

The picture at left depicts a very small (palm?) tree, just a few feet in height. Below, I've also included photos of the Brighton Pier, the local Brew Dog pub that is within a 10 minute walk of where I am staying, and the Harvey's brewery in nearby Lewes. It was closed when we visited, but I had the beer on my last trip to the area. Readers may recall that I also visited a Brew Dog in Dundee in August 2014.

By the way, if I know you and you want to connect on Untappd, let me know. 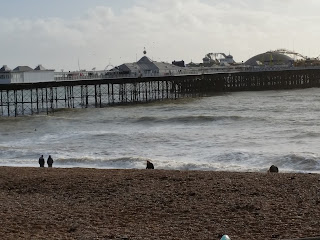 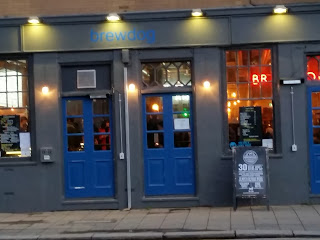 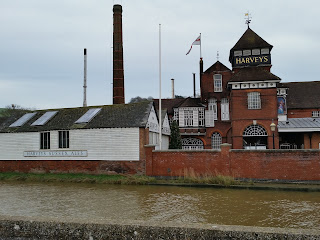 Recently, I read a fairly long article in the November 2015 Atlantic by James Fallows about Al Gore's investment ideas and practices. Gore now devotes much of his time to Generation Investment Management, a socially responsible investment firm that has seen spectacular results:


The most sweeping way to describe this undertaking is as a demonstration of a new version of capitalism, one that will shift the incentives of financial and business operations to reduce the environmental, social, political, and long-term economic damage being caused by unsustainable commercial excesses. What this means in practical terms is that Gore and his Generation colleagues have done the theoretically impossible: Over the past decade, they have made more money, in the Darwinian competition of international finance, by applying an environmentally conscious model of “sustainable” investing than have most fund managers who were guided by a straight-ahead pursuit of profit at any environmental or social price.

Moreover, beyond this evidence of real-world success, Fallows references some convincing academic research that strongly supports the notion that businesses should embrace ESG policies, meaning that they should account for environmental, social and governance effects of what they do. Sometimes, as Fallows notes, these businesses embrace the so-called "triple bottom line" (pictured above).*

A 2014 study (subsequently updated) by economists at Oxford, collaborating with the investment firm Arabesque, surveyed nearly 200 academic studies, books, industry reports, and newspaper articles about ESG. Fallows summarizes some of their findings:


The Oxford-Arabesque report found overwhelming evidence that “it is in the best economic interest for corporate managers and investors to incorporate sustainability considerations into decision-making processes.” According to the study, the advantages include more stable (and less volatile) revenues, significantly lower cost of capital, higher profits, and better share-price performance.

Fallows also mentions some prominent bankers and investors who now criticize firms and investors who focus too narrowly on short-term profit statements rather than long-term issues like sustainability. For example, Fallows mentions a series of speeches by Andrew Haldane (one example here), the Bank of England's chief economist, and a March 2014 open letter to other CEOs by Laurence Fink, Chair and CEO of BlackRock. This is from Fink's letter:


...the companies we invest in should similarly be focused on achieving sustainable returns over the longer term. Good corporate governance is critical to that goal. That is why, two years ago, I wrote to the CEOs of the companies in which BlackRock held significant investments on behalf of our clients urging them to engage with us on issues of corporate governance. While important work remains to be done, good progress has been made on company-shareholder engagement. I write today re-iterating our call for engagement with a particular focus on companies’ strategies to drive longer term growth.

As Fallows describes it, BlackRock is the world's largest asset management firm, managing about $5 Trillion. Fink told Fallows that he favors SRI in order to change business behavior:


“I truly believe we need to have inclusive capitalism, progressive capitalism”—a system that can be “stronger, more resilient, more equitable, and better able to deliver the sustainable growth the world needs.” Fink said that countless pressures, from hyper-fast automated trading to the frenzied tone of cable-news coverage, were steering managers toward destructively shortsighted behavior. “We decided that we needed to be a countervailing voice, to say that as your largest shareholder, we’re going to raise expectations about how you behave.”

*Here's a link to one of my favorite businesses that overtly emphasizes the triple bottom line in its operations.