As I did for November, October, and September, I'm posting this to summarize my major Fulbright activities in Ottawa for a month of my visit. This time, I'm writing from Louisville as I've returned home. Once again, I won't detail the various meetings I had with colleagues to discuss my project. Several people generously gave their time, but I plan to thank them publicly when the work related to those meetings is produced.

Let's begin with professional opportunities and activities. On December 5, I went to hear former US Ambassador to Canada, Bruce Heyman, talk about US-Canadian relations as part of the Canada 2020 event series. Much of Heyman's talk focused on the new USMCA trade deal. He more-or-less assured the audience that the bilateral relationship would be fine in the long run. 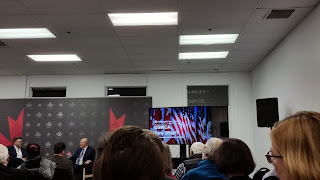 December 7, my spouse and I visited Parliament Hill and attended the Question Period. The office of the Honorable Catherine McKenna, MP for the riding where we lived in Ottawa (and the Environment Minister), provided tickets. It was especially interesting that difficult questions for the government were coming from both the right (Conservatives) and left (NDP). The Conservatives were pushing the government about economic conditions in Alberta, which they tied to poor management of energy pipeline politics. The NDP asked pointed questions about the lagging commitment to address climate change. Unfortunately, there were not many members of the Cabinet in attendance, meaning that answers for the government were delivered by lower ranking MPs. 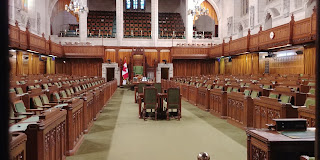 I spent a fair amount of time in early December preparing for my Fulbright presentation, which occurred at NPSIA on December 13. It was well attended and I blogged about it here. Earlier that week, I also attended the Fulbright presentation of Purdue scholar Leigh Raymond at University of Ottawa. He talked about carbon pricing schemes with a focus on ongoing developments he was studying in Canada.

A week later, my spouse and I managed to tour the US Embassy in downtown Ottawa, thanks largely to a connection I made through Fulbright Canada. I had been offered a tour during the fall, but didn't actually follow up on that until seeing embassy personnel at the Fulbright holiday party.

We left Ottawa on the last day Carleton was open in 2018, Friday, December 21, ahead of a predicted snow/ice storm. We had originally planned to leave on the 22nd but it seemed unwise to wait. We spent nearly a week in NY and Connecticut visiting friends and family prior to driving back to Louisville.

I should also mention some other Ottawa activities that were not tied specifically to my project, but were nonetheless valuable. On December 4, my spouse and I walked to Gatineau in Quebec (just across the Ottawa River) to visit the Canadian Museum of History . I had gone through one floor during September orientation, but I wanted to see much more of the museum. It was educational and entertaining. We both certainly learned a good deal about Canadian history. The lower floor has an excellent section on indigenous peoples. 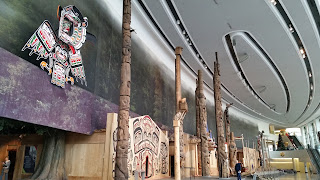 Sunday night, December 9, I attended my first NHL game as my spouse and I watched the Boston Bruins defeat the Ottawa Senators. Actually, I admit that we left the tied game and heard the final score after overtime on the radio. It was a brutally cold evening, it was getting late, and we are not hockey fans. Tip for anyone traveling to Ottawa: there were numerous cheap tickets available on Stub Hub. It was a fun cultural experience, though the game was sparsely attended.

We visited the Bank Museum the following week, which had a special exhibit on Viola Desmond (the Rosa Parks of Canada) -- a woman of color who refused to sit in the balcony of a movie theater even though the theater would not sell her a ticket for the lower sections. She is now on a $10 CAD bill, which explains why they had an extensive exhibit at the Bank Museum. 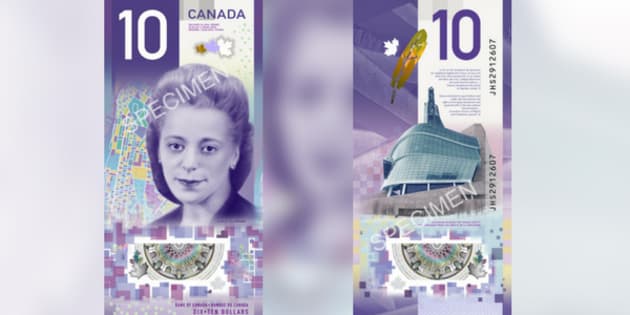 I brought some of those bills back to the US to give as gifts to our daughters.