I pledge here today that the United States will do its part to see that these sanctions are effective and to induce Iraq to withdraw without delay from Kuwait.
But we must recognize that Iraq may not stop using force to advance its ambitions. Iraq has massed an enormous war machine on the Saudi border capable of initiating hostilities with little or no additional preparation. Given the Iraqi government's history of aggression against its own citizens as well as its neighbors, to assume Iraq will not attack again would be unwise and unrealistic.

And therefore, after consulting with King Fahd, I sent Secretary of Defense Dick Cheney to discuss cooperative measures we could take. Following those meetings, the Saudi Government requested our help, and I responded to that request by ordering U.S. air and ground forces to deploy to the Kingdom of Saudi Arabia.

I want to be clear about what we are doing and why. America does not seek conflict, nor do we seek to chart the destiny of other nations. But America will stand by her friends. The mission of our troops is wholly defensive. Hopefully, they will not be needed long. They will not initiate hostilities, but they will defend themselves, the Kingdom of Saudi Arabia, and other friends in the Persian Gulf.

A few months later, after obtaining Soviet satellite photos of the region, the St. Petersburg Times reported that Iraqi troops were NOT poised to strike Saudi Arabia. The headline of January 6, 1991, was simple: "Photos don't show buildup."

two American satellite imaging experts who examined the photos could find no evidence of a massive Iraqi presence in Kuwait in September.

A Soviet commercial satellite took a photo of Saudi Arabia on Sept. 11 and a photo of Kuwait on Sept. 13. At the time the Defense Department was estimating there were as many as 250,000 Iraqi troops and 1,500 tanks in Kuwait. The photos were obtained by the St. Petersburg Times two weeks ago.

As of 2002, the Pentagon had never released its own satellite photographs, though US officials have admitted that they greatly overstated the size of the Iraqi military at the time.

That might not have been the largest lie told about the Iraqi threat. One personal narrative was especially powerful -- and pernicious.


in the fall of 1990, members of Congress and the American public were swayed by the tearful testimony of a 15-year-old Kuwaiti girl, known only as Nayirah.
In the girl's testimony before a congressional caucus, well-documented in MacArthur's book "Second Front" and elsewhere, she described how, as a volunteer in a Kuwait maternity ward, she had seen Iraqi troops storm her hospital, steal the incubators, and leave 312 babies "on the cold floor to die."

Seven US Senators later referred to the story during debate; the motion for war passed by just five votes. In the weeks after Nayirah spoke, President Bush senior invoked the incident five times, saying that such "ghastly atrocities" were like "Hitler revisited."

But just weeks before the US bombing campaign began in January, a few press reports began to raise questions about the validity of the incubator tale.
Later, it was learned that Nayirah was in fact the daughter of the Kuwaiti ambassador to Washington and had no connection to the Kuwait hospital.

She had been coached – along with the handful of others who would "corroborate" the story – by senior executives of Hill and Knowlton in Washington, the biggest global PR firm at the time, which had a contract worth more than $10 million with the Kuwaitis to make the case for war.

President Bush's National Security Advisor, Brent Scowcroft later claimed not to know that the story was fabricated, but acknowledged that "it was useful in mobilizing public opinion."

I'm not sure where the summer went. I finished a manuscript and sent it to a journal. I negotiated a car deal for my oldest daughter. My wife and I managed to take a 9 day vacation to Michigan.

Monday, the Dean is leading a meeting of department chairs and the semester will begin.

Here's a pic I took in Bellaire, Michigan: 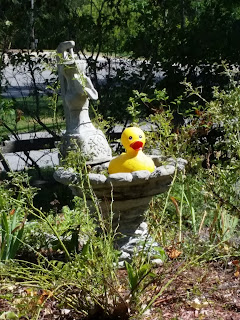 It made me think of the Duck of Minerva, where I also never post anymore.

Most people seem to go to Bellaire for the Short's brewpub. This is the "big board" from August 4: 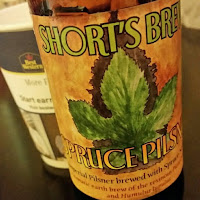