In late May, I attended an academic workshop on "Non-Nuclear Peace" at University of Antwerp in Belgium. My paper was well-received and I look forward to the volume that emerges. More on that later.

My spouse and I visited Dublin the weekend prior to the workshop and then remained in Antwerp for the long Memorial  Day weekend afterwards.

In Dublin, we visited a park near one of Oscar Wilde's homes. It has an interesting and unusual statue of the writer. Some of the public art in Dublin more solemnly acknowledges the history of famine in the country: 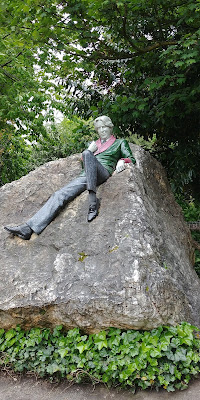 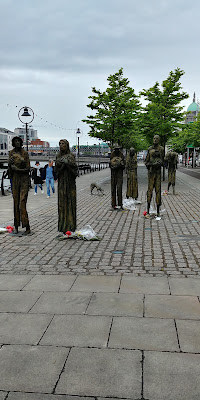 We also visited the Kilmainham Gaol (across the street from our Hilton) and took in some other nearby local culture: 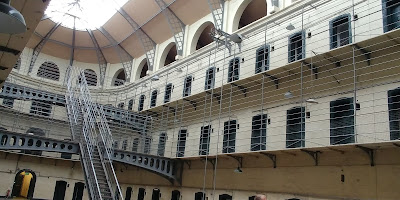 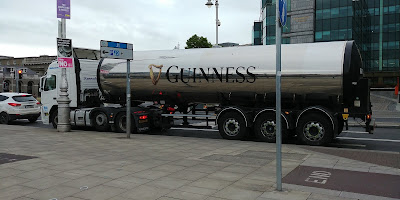 Peter Paul Rubens is the most famous artist from Antwerp. We visited his former home, which is now a museum hosting a collection of his art. The statue is nearby, but outdoors: 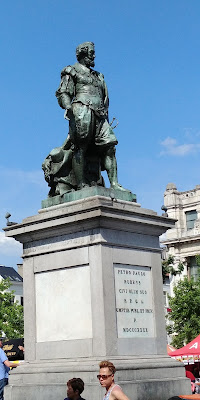 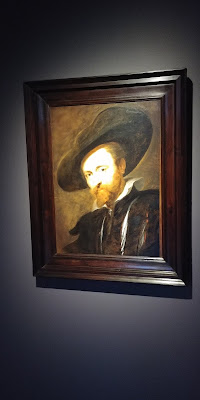 Belgium, of course, is also known for its beers. The Bier Central bar across the street from the hotel near the train station featured this 120 page catalog of beers on offer. I think all were local. The Hopus was actually my final beer at the Brussels airport. Each beer seemed to have its own glass: 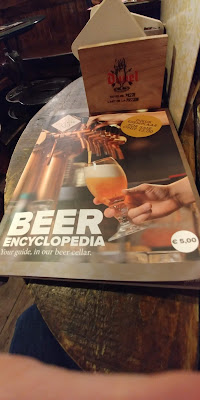 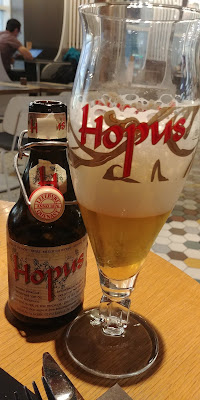 Incidentally, prior to traveling to Dublin, we attended my youngest daughter's college graduation, which was held in Yankee Stadium. 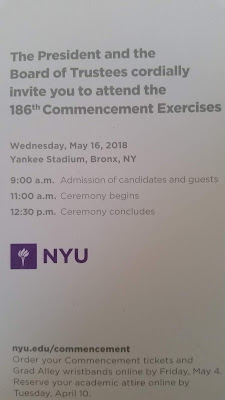 Do you recognize the featured speaker? 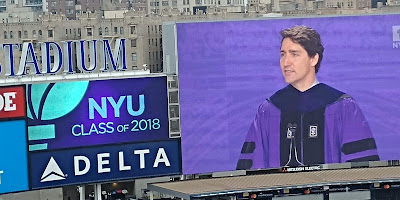