During the summer, I read the fall 2014 issue of SABR's Baseball Research Journal. The issue included a short piece by Robert D. Warrington about physician Michael “Doc” Powers, "a catcher who played primarily for the Philadelphia Athletics and whose baseball career was cut short by his untimely death." Powers was injured running into a wall while catching a foul ball during the first game played at Shibe Park on April 12, 1909, and he died on April 26.
Powers first played in the major leagues for the Louisville Colonels in 1898 and he also played part of the 1899 season for the team. His career batting statistics are not especially notable, but he was apparently a fine defensive catcher who was well-regarded by pitchers.
In any case, the part of the story that caught my eye is that he was ultimately buried in Saint Louis Cemetery, Louisville, which is very close to my house. Using findagrave, I discovered the approximate location of his headstone and found it fairly easily on one of my daily walks.
I took these photos in early August: 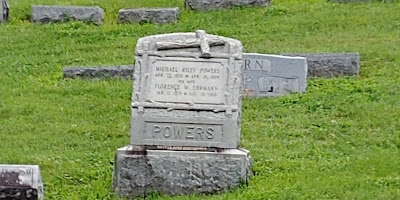 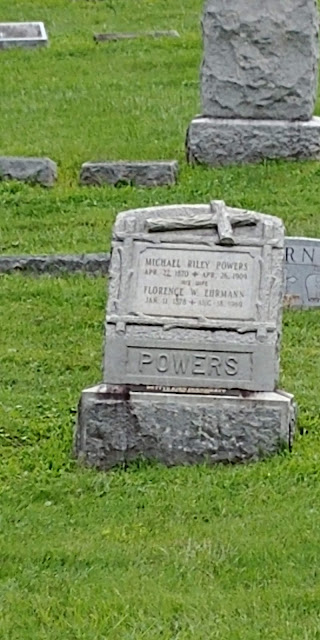