As you might have noticed in my twitter feed (in the right-hand column), I was in Scotland August 4-8 and again August 12-15. The first week, three-fourths of my family was in Edinburgh attending the annual Fringe Festival. Our youngest daughter, though a recent graduate, was performing in a production with her high school theater company. They staged "Our Town, Louisville" four times over the course of the week.

You can see some photos and a playbill here for their show, cleverly "derived" from Thornton Wilder's "Our Town":

In Edinburgh, my wife and I had a busy week. For example, it was exhausting and exhilarating walking the Royal Mile during Fringe: 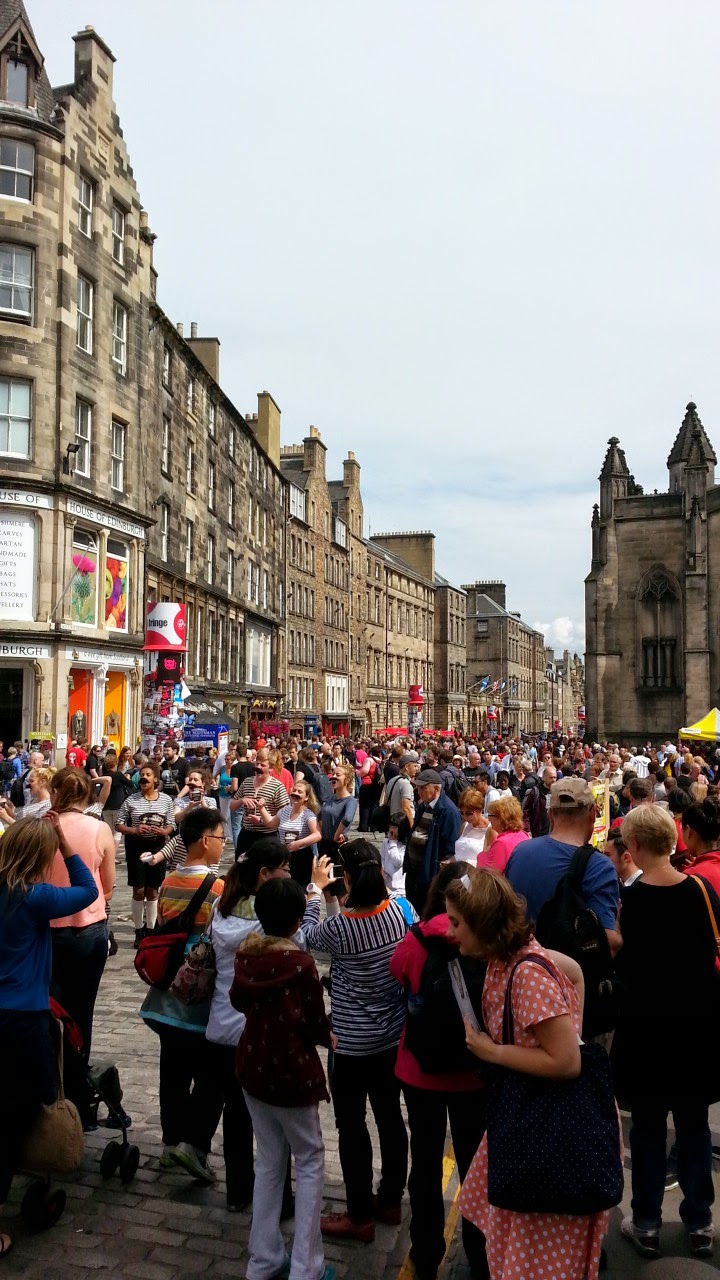 We also visited the famous castle. The blue seats outside it are for the nightly Royal Military Tattoo, which my daughter's high school group attended: 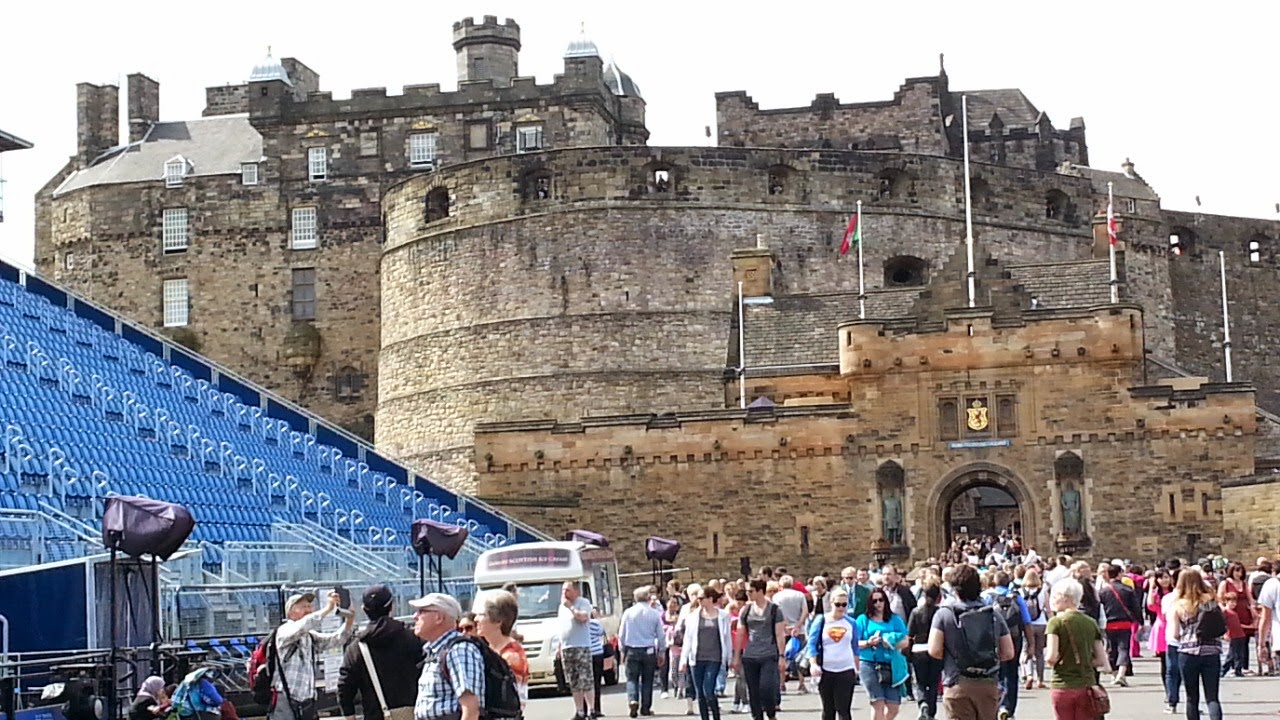 This was one of the highlights of the National Museum of Scotland. It's one of Jackie Stewart's cars (they had at least two on display): 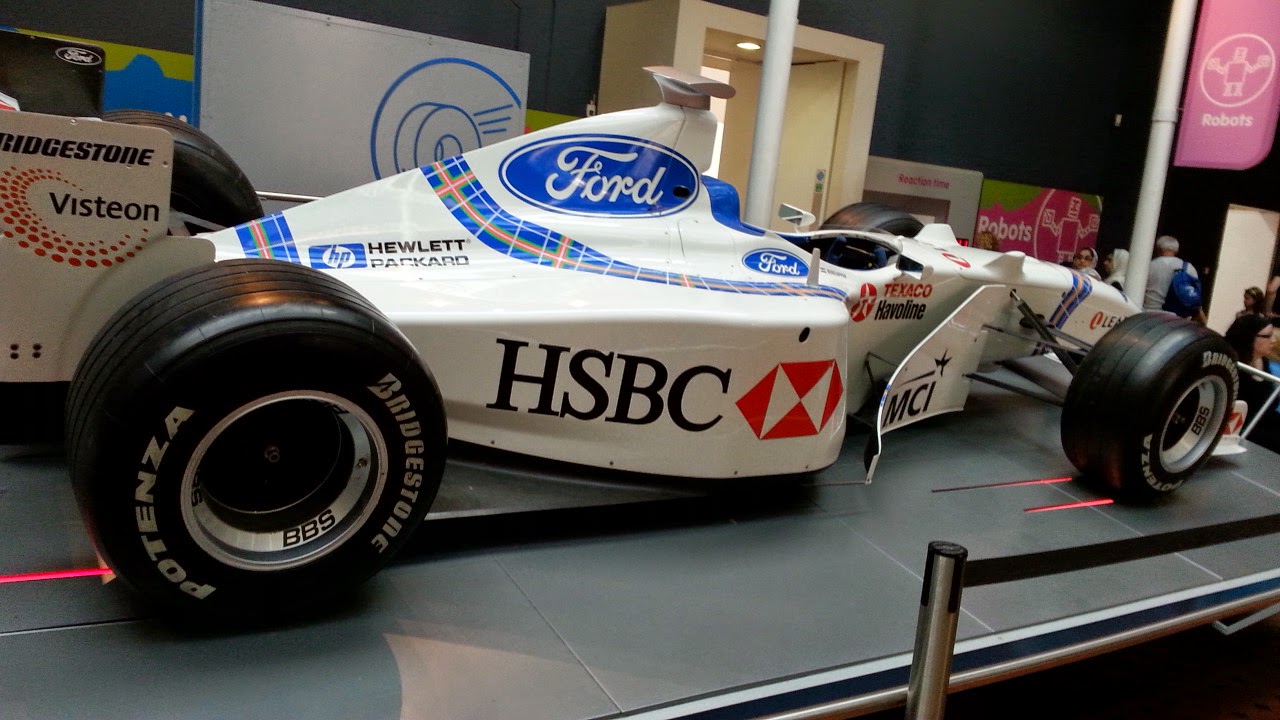 After a journey south over the weekend to Brighton to attend a baptism for the latest twins in the family, a nephew and niece, I returned to Dundee, Scotland for the Words and Images conference I blogged about last week.

The first night, I visited the BrewDog and had a tasty pint of Punk IPA. I had actually already had a pint in the Hanging Bat, a fine beer cafe in Edinburgh. 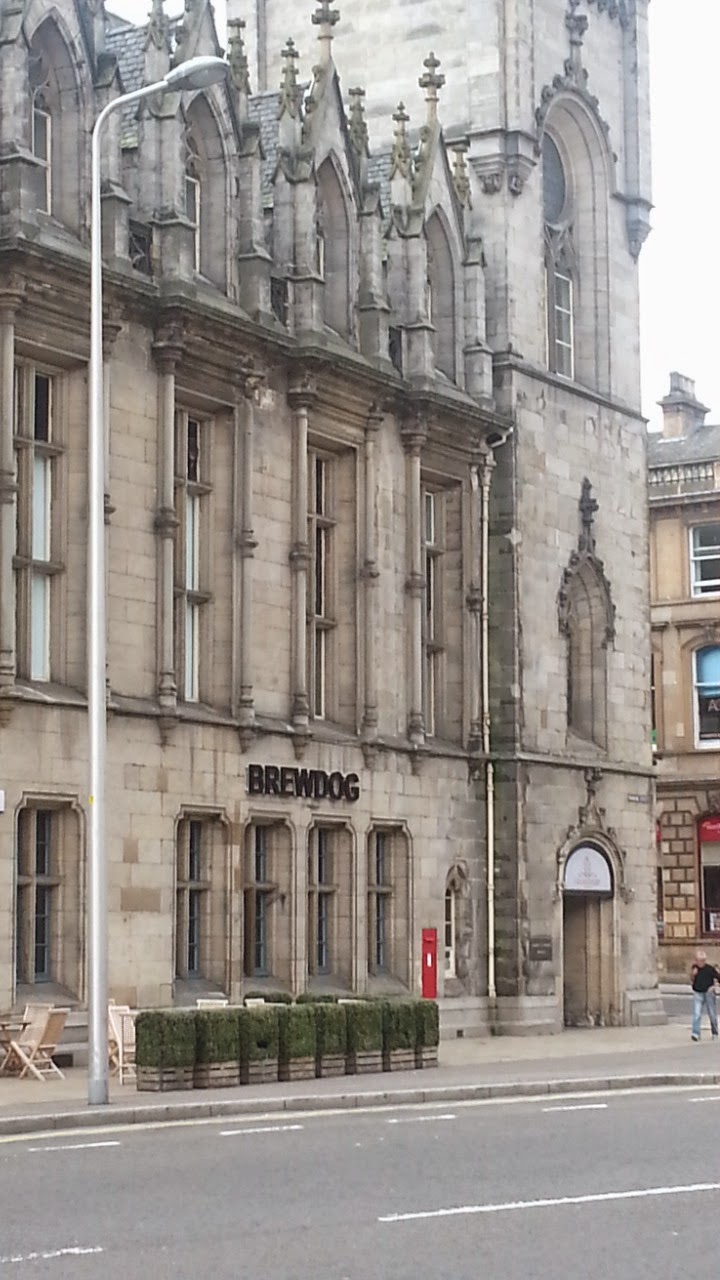 The second night, I attended a Scotch tasting organized as an "extra" for the conference. Here's the setup before the event: 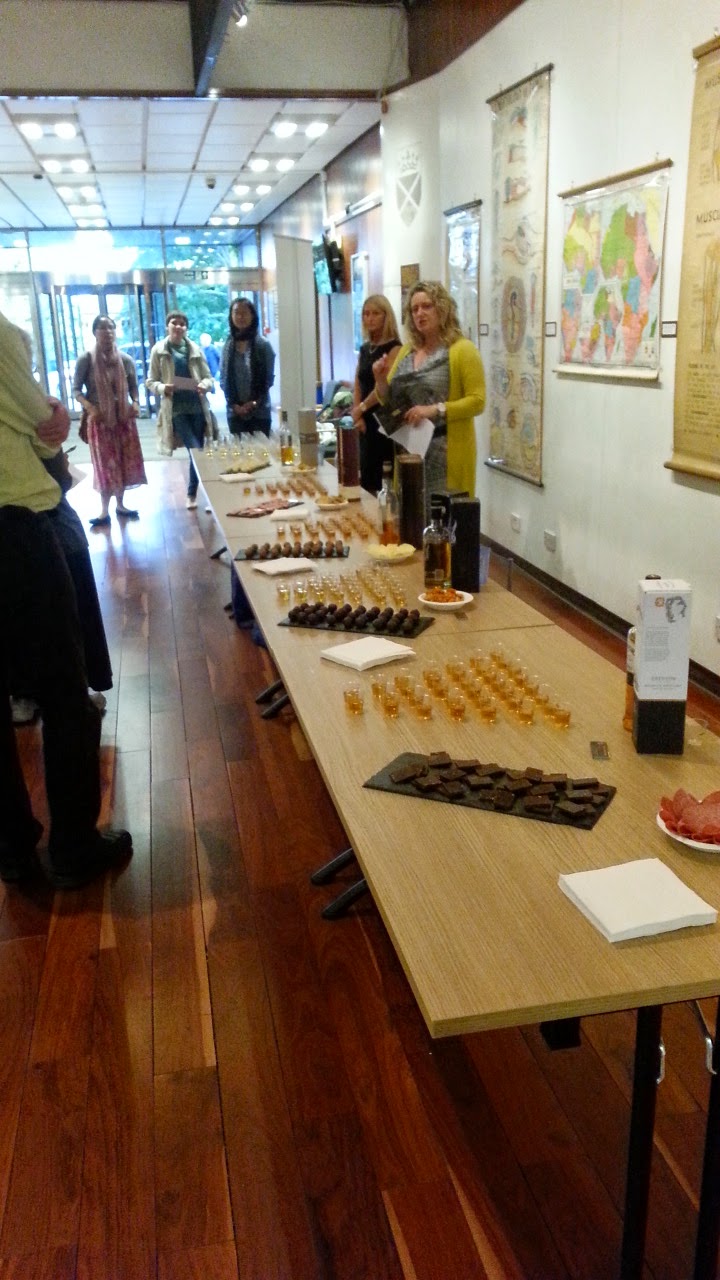 After the tasting, we watched Ken Loach's "The Angel's Share" and tasted some beer. I tried the Joker IPA, of course, given that my Batman paper focused on "The Dark Knight."

Earlier on Wednesday, I visited the "Yes" hub in Dundee. The guy I talked to assured me that "yes" on Scottish independence referendum was going to win in Dundee and he thought it would win in all of Scotland. The vote is September 18. I'm curious as a political scientist, but I obviously don't really know enough to comment about the issues or the predicted victory: 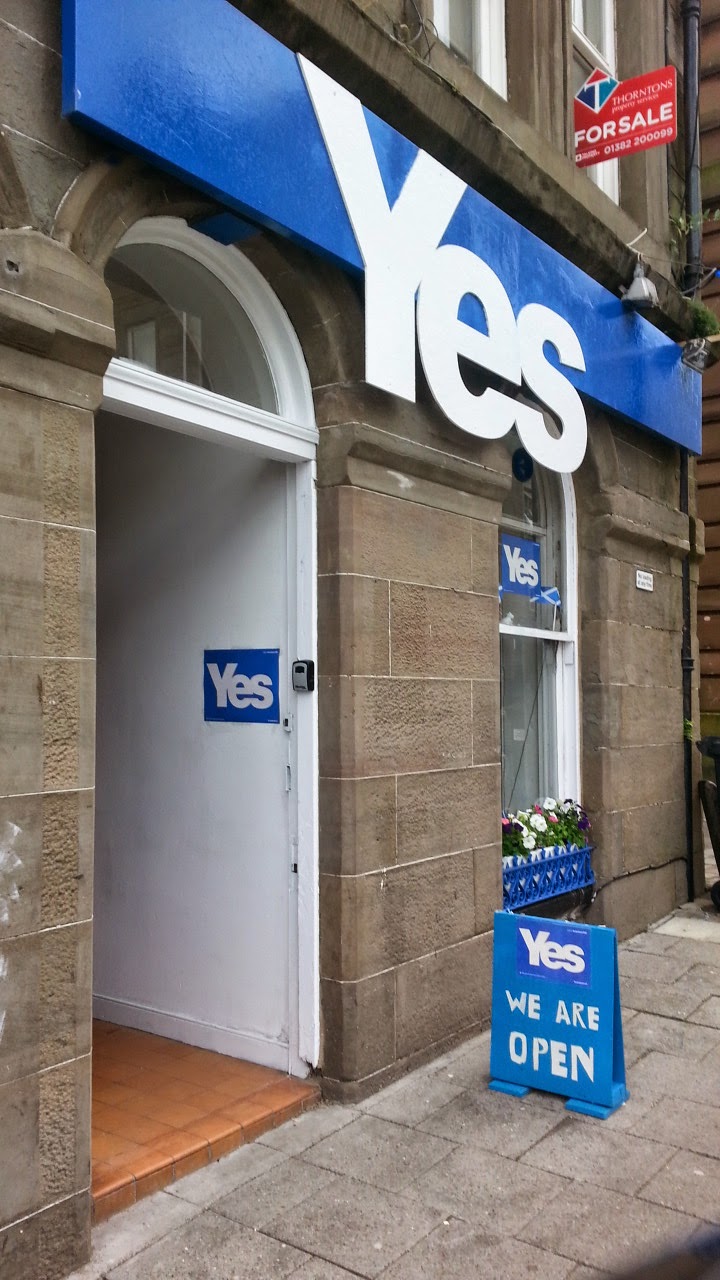 I may blog a bit more about Scottish nationalism if I get a chance. This image hangs in the National Museum in Edinburgh: 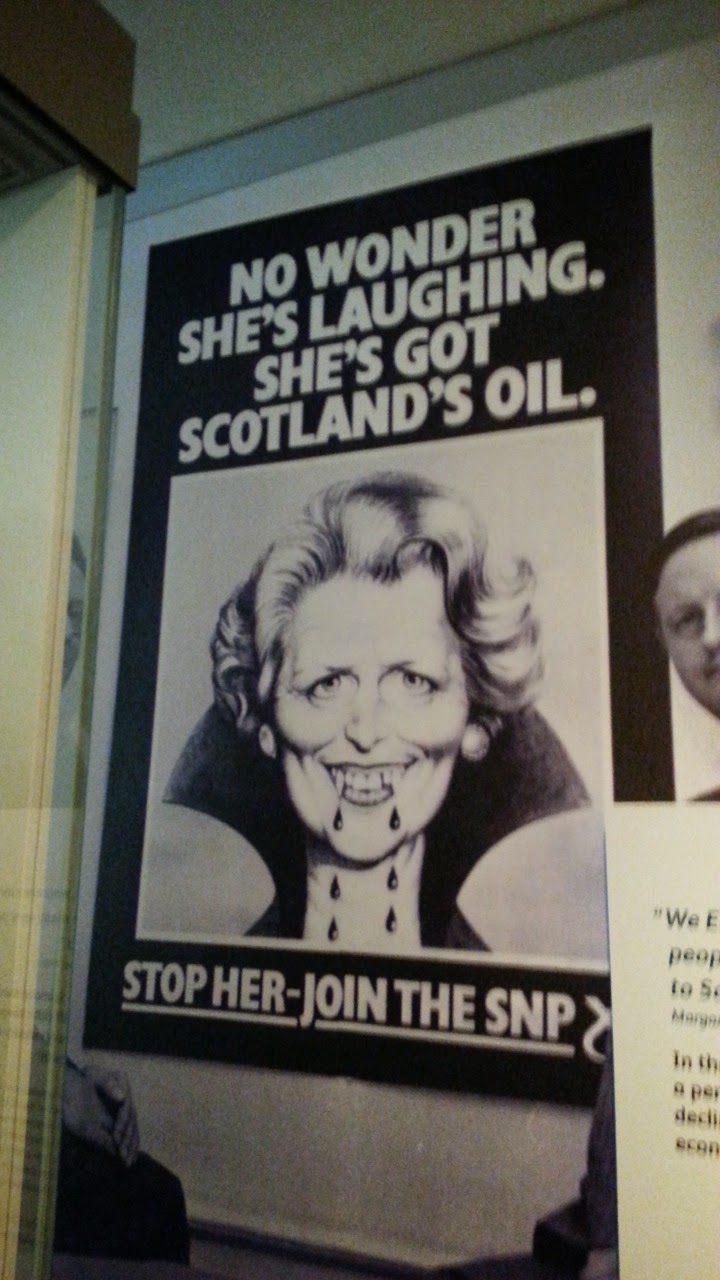