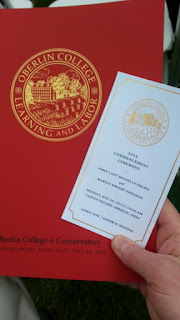 Memorial Day weekend, my family headed north to Oberlin, Ohio, for the college graduation of our oldest daughter. It was an emotional weekend for everyone and I snapped a few photos on my cellphone to commemorate some of the festivities. For example, the Saturday before graduation we visited Oberlin College's Allen Memorial Art Museum. I liked this work, "Elvis Meets the Virgin of Guadalupe" by Enrique Chagoya: 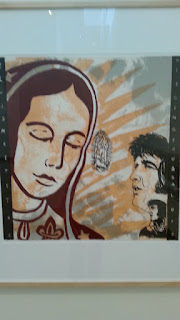 On Sunday, we attended receptions sponsored by a History faculty member and by the College President, which celebrated various student honors. Early evening before dinner, a few of us went to the Fatheads Tap House near the Cleveland airport. 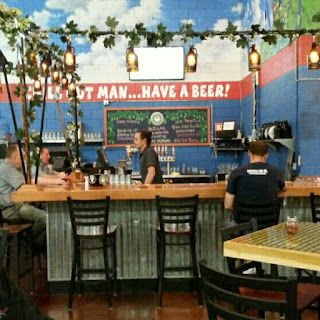 At the graduation Monday, First Lady Michelle Obama gave an impassioned and interesting speech that proved difficult to top -- though commencement speaker Marian Wright Edelman was very good as well. 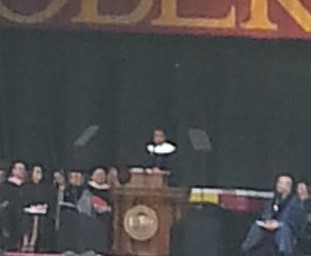 Oberlin graduate and international relations scholar Robert Jervis of Columbia University (the 1990 Grawemeyer winner) was awarded one of the honorary doctorates. This pic is his profile on the big screen -- and gives you an idea of where my family was seated.: 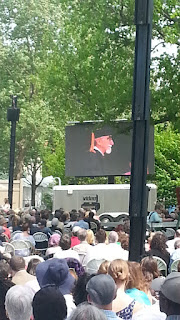 After the graduation, most family members headed home. Since I was helping my daughter pack and move on Tuesday, I took the opportunity to attend a Cleveland Indians game at Progressive Field.

Even though the Great Lakes brewery booth was out of their hoppy beers by the second inning, another spot in the stadium had highly acclaimed White Rajah IPA on tap! Cleveland lost 10-8 to the Texas Rangers. 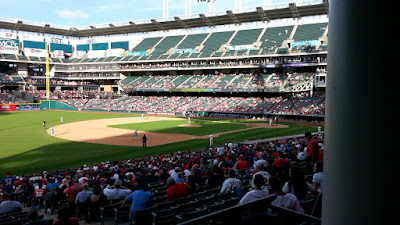