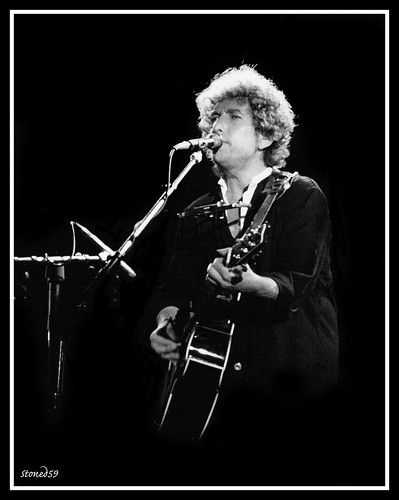 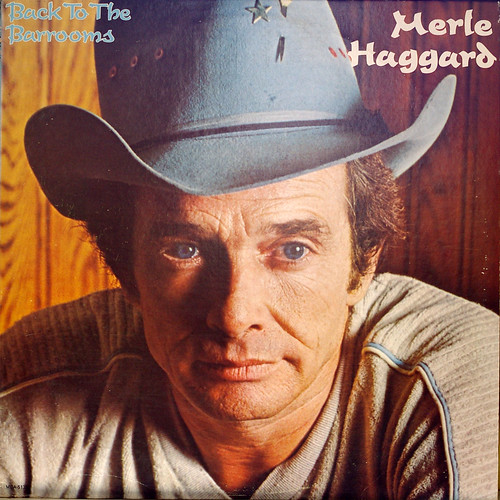 Friday night, Bob Dylan delivered a half hour speech at the MusiCares Person of the Year event. He used much of his time to thank some other artists and performers, though he made news with some criticism of others:


"Merle Haggard didn't even think much of my songs. I know he didn't. He didn't say that to me, but I know way back when he didn't. Buck Owens did, and he recorded some of my early songs.

"Together Again, that's Buck Owens. And that trumps anything else out of Bakersfield. Buck Owens or Merle Haggard? If you had to have somebody's blessing, you can figure it out."

Merle Haggard responded to this apparent slight with grace (see this tweet):


"I've admired your songs since 1964," the 77-year-old singer of country classics like Branded Man and I'm a Lonesome Fugitive said on his Facebook page Saturday. Haggard added that he and Willie Nelson have cut Dylan's Don't Think Twice, It's All Right for an upcoming album.

Moreover, in October 2013, Haggard told an interviewer that he was doing a tribute album to Dylan. He was asked "Q: What draws you to Bob Dylan's music?"


Haggard: I've always been drawn to his music, since when he first came out in 1964. I was just beginning my career as well at that time. But I've come to find out that he's a been a Merle Haggard fan and he was watching what I was doing while I was watching what he was doing. I've always thought he was one of the better writers that I've been fortunate enough to be alive at the same time with.

My friend and neighbor Michael Young, the host of WFPK's "Roots n' Boots" radio show, is one of the world's biggest Haggard fans and his reaction was stronger than Haggard's. After all, as his bio says, Mike "firmly believes Merle Haggard is the greatest songwriter of our generation, and he’ll stand on Bob Dylan’s coffee table and shout it." Tonight, Mike played a number of Haggard songs on his program for "no special reason," though he laughed after saying that. His Facebook feed offers an explanation: "Tempted to play nothing but Merle Haggard today in light of Dylan's dis of the Hag, but I don't think I could get away with that. How about 5 Haggard songs that are better than anything Dylan ever wrote?"

I'm thinking this entire dust-up is just Dylan's sense of humor on display.

In 1986, in Interview magazine, Dylan was asked to list "Clubs I belong to." One of his 6 answers was "Merle Haggard Fan Club."

And this is from Haggard's bio on the Rolling Stone website: "Merle Haggard has always been as deep as it gets," said Bob Dylan. "Totally himself. Herculean. He definitely transcends the country genre."


Actually, that quote is taken from a long 2009 piece by Jason Fine quoted in full in this tweet:


"Merle Haggard has always been as deep as deep gets," says Bob Dylan. "Totally himself. Herculean. Even too big for Mount Rushmore. No superficiality about him whatsoever. He definitely transcends the country genre. If Merle had been around Sun Studio in Memphis in the Fifties, Sam Phillips would have turned him into a rock & roll star, one of the best. I'm sorta glad he didn't do it, though, because then he'd be on the oldies circuit singing his rock  roll hits instead of becoming the Merle Haggard we all know and love."

In 2005, Dylan asked Haggard to tour with him. Incidentally, this is what Haggard told  Billboard in an interview about that tour:


Q: How did this tour with Bob Dylan come about?

A: I had my itinerary set to do some light touring in the spring and ease my way through the year, and Bob Dylan calls and wants me to tour America with him. And he's not just talking about once and awhile, it's 40 out of the next 60 days. But it's Bob Dylan, and Bob Dylan's the Einstein of music. He calls and wants you to be on his show and your name is Merle Haggard, you're honored.

Q: I've heard that most people who tour with Dylan don't get a chance to talk to him, but I imagine he'll talk to you at some point.

A: I don't know. I've rubbed shoulders with him before and he just sorta grunts.

Maybe Dylan was just making some news and selling some records for both geezers?