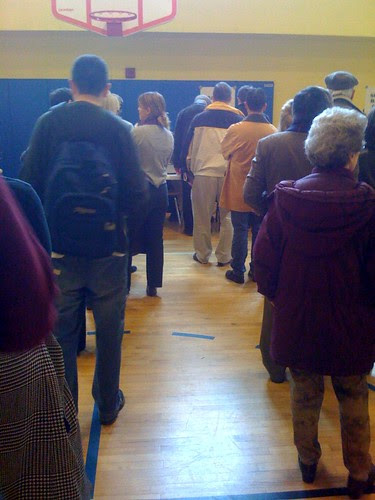 Andrew Hacker has an interesting piece in the August 18 New York Review of Books, explaining why Barack Obama's chances for reelection are much better than recent poll results would suggest:

The 2012 electorate will differ from 2010’s in a crucial respect: it will contain nearly 50 million additional voters. Some will be new, but most of them will be people who supported Obama in 2008. Compared with the 2010 House electorate, they will be younger, more ethnically diverse, with fewer identifying themselves as conservatives, and a higher proportion will be women. Most of them would not have voted for the Republicans who now make up John Boehner’s House.

Hacker, by the way, discusses a number of recent political books in the article, including one on the 2010 election edited by Larry Sabato. That volume includes a chapter on Kentucky's junior Senator, Rand Paul, written by my colleague Laurie Rhodebeck.

Hacker credits Sabato with pointing out that election outcomes are "determined by the people who show up" to vote. In midterm elections, about 40% of voters turn out to vote, while presidential elections draw substantially more voters -- about 55 to 60% of the electorate in the past quarter century.

This column in yesterday's Guardian succinctly summarizes the importance of this difference:

...the sweeping Republican gains in Congress in the midterm elections of 2010 were on the usual 40% turnout; Obama was elected in 2008 on a 61% turnout. Yet it is the Republicans who think they have a mandate from the American people.

Perhaps, in hindsight, Democrats should have tried harder to convince non-voters that the 2010 midterms were a referendum on Obama that required their attention. Republicans certainly made that case to the likely voters -- who are older, more affluent, less diverse, and more likely to vote in midterm elections. Instead, Democrats often ran away from their successes (health care reform, the stimulus) and distanced themselves from the President.

In any event, despite the poor economic numbers, it would appear that President Obama stands a pretty good chance of reelection -- so long as his 2008 voters actually show up to the polls.