Comedy and Satire as Discourses of Protest in Asia 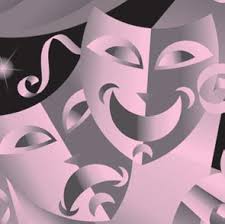 This Saturday, I am participating in an event sponsored by the Center for Asian Democracy at University of Louisville: “Comedy and Satire as Discourses of Protest in Asia” -- A Symposium.


This year’s workshop seeks to examine the relationship between political protest and comedy in East Asia. In particular we are interested in the ways in which comedy has and is being used to critique and parody authoritarianism, corruption and political leadership.  Recognizing that in the West comedy and satire have a long tradition of not just speaking truth to power but also as a powerful tool of public criticism, this workshop aims to analyze the role of comedy in East Asia. Is it analogous to the role it plays in the West? Are there unique forms of comedy and protest? Are there cultural obstacles to parody and satire?

Specifically, I'm slated to give the Introductory Remarks at 10:00am — "Comedic and Satirical Narratives in Global Politics."

Note this detail: Chao Auditorium, Ekstrom Library.  Lunch provided. Free and open to the public. RSVP for lunch is requested. RSVP to cad@louisville.edu, or call 502-852-2667.