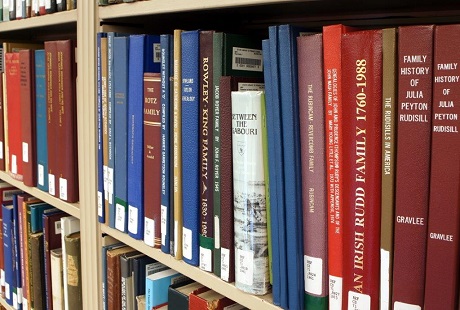 Please allow me to repeat the ground rules: First, I generally do not list academic books that I reviewed unless the review was published. In my academic job, for instance, I often read a number of books competing for a $100,000 prize exhibiting the best "ideas for improving world order."

So, what did I read this year, mostly for pleasure? (a few of the recommended books include a link to Powell's books; the blog receives a 7.5% commission on sales that begin via my Powell's links). I posted short reviews of most books at Goodreads (migrating from Shelfari years ago).


War: A Memoir by Marguerite Duras

The Ideas Industry by Dan Drezner

Death of Expertise by Tom Nichols

Up, Up, and Away: The Kid, the Hawk, Rock, Vladi, Pedro, le Grand Orange, Youppi!, the Crazy Business of Baseball, and the Ill-fated but Unforgettable Montreal Expos by Jonah Keri

The Machine by Joe Posnanski

Man From the Train by Bill James

The Noble Hustle by Colson Whitehead

I really enjoyed most of these non-fiction books and it was difficult to rank them. Just about everything above the Hersh book is worth your time. I picked up the Duras volume at my mother-in-law's house when we were cleaning it out after she died a couple of years ago and was quite taken with the personal stories by a World War II survivor.

The books by Thaler and  Sunstein, Drezner, and Nichols are all aimed for a wider market, but are written by academics. In one way or another, these scholars discuss the way individuals and/or societies make decisions. I found Nudge fascinating, was occasionally distracted by Drezner's argument, and found too much of Nichols to be anecdotal.

The Mueller and Pastor books were tied to my various research projects this year, though neither was directly on point.

Posnanski's work on the Big Red Machine of the mid-1970s was fun to read, but I learned a lot more from Jaffe and Keri. I'd have put Jaffe higher on the list, but the numerous player evaluation pieces make this more like an encyclopedia to consult occasionally than a book to tackle cover-to-cover. I really enjoyed reading Keri's book about the Expos, which I read while living in Canada.

I've discussed the Bill James book on the blog in the recent past -- and believe he could have benefited from a tighter edit. With Hersh, I didn't know what to believe -- his anonymously referenced pieces or the conventional wisdom. That made the book frustrating to read. I likewise found the Whitehead book to be somewhat disappointing with insufficient discussion of poker.

Finally, I also read just about every word in Baseball Prospectus 2018, but not in cover-to-cover fashion. The 2018 book was again edited by Aaron Gleeman and Bret Sayre. Annually, I looking forward to the new edition, likely due in February.

As I traditionally do, I place the best works of literature at the top of the list, then the genre fiction (though there are some books that could be placed in either category). The least interesting or entertaining books are listed last in each section.

No Country for Old Men by Cormac McCarthy

Travels With My Aunt by Graham Greene

As I have previously explained, I re-read Orwell's classic 1984 with some frequency. This year, I picked it up because I was asked to participate in an event at the Public Library to discuss the importance in the current era. It's still great and I always notice something I previously overlooked.

I saw the film based on Blindness, but enjoyed the book's social commentary a good deal. It's worth your time. The film based on McCarthy's book seemed to stick very close to the original text, though I viewed and read them some years apart (intentionally). Citizen Vince is a quasi-political crime story set during the 1980 presidential election season. It is occasionally funny, and is fairly clever, but it is not as humorous as the Hornby and Tyler books. I hadn't read Anne Tyler in decades, literally, and cannot believe I didn't return to her works earlier. Actually, the Greene book is light and witty too.

All those books are recommended.

Kalki is satirical, but I found it kind of heavy-handed and perhaps overly reliant upon the mood of the 1970s. Cain wrote unsettling noir. It's tought to recommend it, though this story is very short.

And now the much longer list of genre fiction:

In the Woods by Tana French

Pray for a Brave Heart by Helen MacInnes


Far Side of the Dollar by Ross Macdonald

A Rage in Harlem by Chester Himes

Odds On by Michael Crichton (as John Lange)

The Handle by Donald Westlake (as Richard Stark)

Why Me? by Donald Westlake

Comfort to the Enemy by Elmore Leonard

H is for Homicide by Sue Grafton

This was not a strong set of genre fiction works. I enjoyed reading French while in Ireland, was captivated by Deighton's historical family saga set mostly in Germany, and found this Stephen King to be a real page-turner (even if it had some serious flaws).

Thanks mostly to Bookmooch and PaperBack Swap, I continue to read books by a diverse array of (mostly) hard-boiled crime story authors. These writers typically develop a single main character across a long series of books: Parker's Spencer, Stark's Parker, John MacDonald's Travis McGee, Grafton's Kinsey Millhone, Paretsky's VI Warshawski, Burke's Dave Robicheaux,  Mosley's Easy Rawlins, and Ross Macdonald's Lew Archer. All of these were fairly mediocre and forgettable. Indeed, until refreshing my memory with Google, I'd already forgotten the plot of at least half of the books listed above.

A couple of these stories imagine crimes against casinos/resorts (Stark/Lange), but several others similarly involve the main characters trying to penetrate a protected fortress of one kind or another (Crumley, MacInnes). Other stories involve corrupt politics or politicians (Spencer's tale, as well as Robicheaux's), troubled education systems (Spencer again, Archer, and Rawlins) and dubious religious figures (Millhone, McGee, and the detectives in Himes).